Betrayer: Book 1 in the Betrayer Series


Perhaps it will suffice for me to write that Scourge of the Betrayer took everything that I love about grimdark, added in a touch of realism, and coupled those things with a slow-developing, character-driven story that made me constantly strive to figure out what was going on. It is quite simply a great fantasy read. So, with all that being said, I highly recommend this one to grimdark fans, lovers of character-driven stories, fantasy fans, and all those that just adore tales that make you think.

Have fun reading! View 2 comments. This is the best book Salyards has written to date. No joke.

In the interest of transparency, I have to confess I have a mad man-crush on the guy. In fact, some might accuse me of stalking him. Which is stupid to admit, I know--if someone ever took Salyards out, I'm sure I'd be a serious person of interest. Anyway, the book is pretty good. Give it a look. View all 21 comments. If you want to see a cool way to tackle dark fantasy, look no further than this novel. It'd been sitting on my shelf for a while, and earlier this month I finally picked it up. It didn't take more than a few pages for me to realize I was looking at a very special book.

Jeff Salyards' approach to storytelling gave me a very unique experience. For on 4. For one thing, I thought I had a pretty good bead on what I like in my fantasy -- you know, the things I enjoy and don't enjoy about the genre, etc. Well, that was before this book came along and turned everything upside down, making me rethink my own preferences. 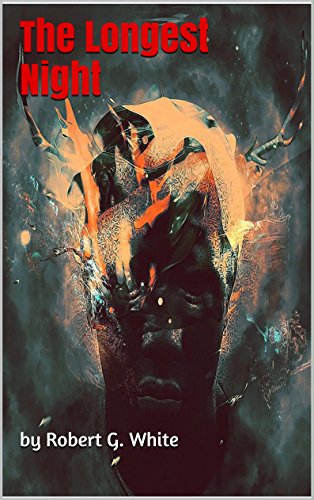 Example the first: I'd always thought I preferred answers to any mysteries, but Scourge of the Betrayer was a book that provided scant detail about its story right from the start, leaving many questions open even once we were well past the midway point. But guess what? I found myself totally okay with this. More on this in a sec. Example the second: Precious little words were wasted in the telling of this story, which didn't come as a surprise to me after taking in account the relatively modest page count.

I usually assume this means the author won't be going into too much detail about the world or its characters.


Of course, I was wrong with this one. What struck me was the fact that even though Jeff Salyards ever only gave just enough information for the reader to follow along, the world-building never suffered. There was a good balance, plain and simple. What should have been a frustrating experience instead had me completely riveted. Not unexpectedly, the characters had a lot to do with drawing me in; after all, dark tales such as these tend to feature gritty, nasty personalities that nonetheless exude a certain charm.

We have Arkamondos, a young scribe hired on to chronicle the exploits of a rough band of Syldoon warriors led by the formidable Captain Braylar Killcoin. Why Arki is there among this crew, or what the Syldoon are up to in the first place are questions that remain a mystery for quite a while, but the winning characters and the promise that I was going to get better acquainted with this crazy lot were reasons enough to stick around to find out more.

In a way, the players are more important than the plot. The story works well told from Arki's perspective in the first person, especially since Salyards doesn't hold anything back with his bold and unflinching style. We are privy to his protagonist's every thought and emotion, riding along in Arki's head as he experiences everything from his most awkwardly humiliating moments to the terror and disgust he feels towards the brutal violence of his Syldoon companions. The more ugliness this meek and bookish scribe gets exposed to, the more compelling his character becomes.


Arki's personal growth takes center stage, and his relationships with Braylar and the inscrutible scout woman Lloi go a long way in also enhancing that journey. The author took a huge gamble when he chose to approach the story this way, but it certainly paid off. The book is a refreshing change from the usual dark fantasy; it's fast-paced and energetic without sacrificing world building or character development. A lot of reviewers have compared it to The Black Company, and in truth I'd do the same except I honestly felt that Scourge of the Betrayer was a much better book. I liked Glen Cook's series, but didn't get into his characters or take to his writing the same way I took to Jeff Salyards'.

Scourge hooked me right away, and even though the ending was somewhat abrupt, my overall feelings for the book are extremely positive.

I'm glad the release of book two is just around the corner, because I can't wait to continue Arki's story. Ergo :. View all 12 comments. Mar 20, seak rated it really liked it Shelves: arc-review , Arki, short for Arkamandos, has been hired on as a scribe by a band of Syldoon, the most feared and treacherous soldiers in the world. Why did he accept this work?

Well, it seemed a good idea at the time - he just wanted to get out and maybe see a little more adventure. This may have also been the worst decision of his life. As mentioned, the Syldoon aren't the kindest of people, nor are they even that pleasant to have a drink with as we learn early on. They have some sort of plan, of which not Arki, short for Arkamandos, has been hired on as a scribe by a band of Syldoon, the most feared and treacherous soldiers in the world.

They have some sort of plan, of which nothing is told to their scribe. And that's part of the genius of this book. It's told in first person from the point of view of Arki. Therefore, as he knows absolutely nothing, neither do we This book's been making the rounds in the blogosphere and for good reason. Somehow Salyards, a debut author by the way, comes up with this idea to just throw his readers into this situation with no heads up, no idea what's going on and you still can't put the book down.

Arki is a great character too. He really has no clue what's going on and on top of that he definitely doesn't belong amidst a band this bruised and blackened and well, scary. He just kind of bumbles along and luckily has some help along the way.

Probably my favorite character, Braylar is the leader of this whole shindig. He's easily the knarliest of the bunch and he's got a nice set of flails to make it so. In the scale of cubicle-dweller to biker-bar, you have to lean on the side of the biker if you carry flails as a weapon. Braylar also comes up with some good lines along the way: [says Arki:] "We're not returning to the road. And I'll preempt a few more observations to save you the trouble: the sky is still above us; the sun continues trekking west; our wagon is pulled by horses, not unicorns.

A wise man would avoid their company altogether, it's true, This is a great story that would only be ruined if I gave you too much. The slow build in both plot development and simply details is worth the go. The brutality of the action and this crew definitely fit this story right alongside the likes of Joe Abercrombie for starters and I've heard Glen Cook as well although I've yet to read him. I honestly thought I would rate this lower, but there really isn't anything to complain about.

The writing's great, great characters, great ending that really ramps things up. The only failing is that I wanted more That's by far the best negative thing a book can have in my opinion. I am now highly anticipating book two in the Bloodsounder's Arc. View all 9 comments. Mar 30, Bob rated it liked it Shelves: fantasy-grimdark. I actually finished Scourge of the Betrayer last week, but it's taken me a few days to decide precisely how to approach a review. It's such an oddly structured novel, and one that forgoes so many genre cliches, I wanted to give myself time to separate the novelty of the reading experience from the story itself.

With Scourge of the Betrayer we get none of that. We're introduced to the characters by name, given a few vague hints and clues as to their roles within the world, and then we're off. Much like Arki, the scribe who provides our focal point into the world, we're kept in the dark as to where we're going, why we're going there, and what it is we hope to accomplish. More than that, we're denied any insight into the significance of events, and robbed of the opportunity to play along and estimate where we are on the journey.

It's a dangerously ambitious way to tell a story, and one with as much potential to alienate readers as to engage them. Fortunately, Salyards know just how to pace his clues, creating a sense of drama and anticipation that wouldn't otherwise be found in what is ultimately revealed to be a rather straightforward tale. Instead of driving towards a goal or a destination we, as readers, are driving instead towards an understanding of who Captain Braylar is and what, exactly, his Slydoon are up to. The fact that Salyards tells such a stark, brutal, realistic tale certainly helps - had this been a lighter or brighter fantasy, the storytelling likely wouldn't have worked so well.